If you are one among those netizens who constantly browse internet for exploring new things and to be updated about various changes that happen around you, then you must be going through different websites frequently and you can’t deny the fact that it is the User-Interface(UI) of the website that makes you feel good as long as you are on the site browsing. 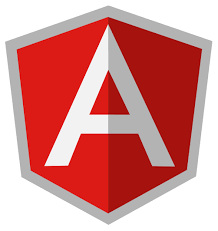 The UI is what gets served to the end-user by the application and the user rates the application based on his ease in using it. The user even rates the company, which runs the website, subconsciously based on his interaction and experience of the website he browsed. Hence, regardless of how well the company is doing, it’s website UI should be appealing even to a non-computer individual for a better business growth.

So before diving deep into how Angular can help the UI in giving a better experience to the end user, let's refresh our memory on a few definitions which will help you to understand the concepts of Angular in a better way.

JavaScript: JavaScript is an object-oriented computer programming language which was introduced in 1995 by Netscape to make HTML dynamic. What has+ been simple "Homepages" back in 1995 are now complex web-apps. JavaScript wasn't originally designed for those large-scale applications. To adjust for the changes, adjustments to the JavaScript language have been proposed and adopted to various degrees by different browsers. Since JavaScript (ES5) is the only language that browsers understand to make HTML dynamic, you've got a problem if you don't like it.

Framework: In general, a framework is a real or conceptual structure intended to serve as a support or guide for the building of something that expands the structure into something useful. When referring to computer software, a framework is a foundation with a specified level of complexity (based on the user level) that a programmer may extend using their own code. It might include a set of software libraries, compilers, interpreters, or an API. In general, it provides an environment that facilitates a specific type of programming for a software development project.

Wikipedia says “Angular is a Typescript-based open-source front-end web application platform led by the Angular Team at Google and by a community of individuals and corporations. Angular is a complete rewrite of the same team that built AngularJS.”

Why move towards Angular...?

With the fast-growing population of the netizens, website finds it paramount to render quick services to multiple requests from different users all over the world. This very fact formed the foundation for many leading applications, websites and e-commerce site to break their traditional shell of multi-page application and transform themselves into single-page applications using Angular. A few famous web applications that moved towards Angular are Gmail, Walmart, Netflix, New York Times etc.

Speed & Performance: When an app has to be displayed on a mobile device, the app should be small and fast. In Angular, we achieve this by using an approach ‘Code Generation’ where all the code related to Dev mode (i.e. Compiler, Change Detection, Render and Dependency Injections) are dropped and the plain application code is displayed on the device making it 5X faster.

Intelligence: Angular is built on the Typescript framework, and it gets type information in the Angular Templates that refers to bits. So, we can get feedback on name completion and wrong typing before the code ever gets to the browser itself.

Productivity: Whenever we want to create a new website, we usually design a photoshop replica of how the website should look and then divide the HTML and CSS work accordingly. By using Angular we can quickly create UI views with simple and powerful template syntaxes.

When it comes to ensuring dynamic web app development, a majority of developer opt for Angular. Quick delivery and prototyping, swifter and simpler development, requiring minimal coding and smooth testing are few pros among many other advantages that Angular provides to its users. Unlike other popular JavaScript frameworks, Angular conveniently relieves the developer of actively manipulating DOM (Document Object Model) due to its two-way data binding. Angular is the perfect choice for developers when they have to deal with an interactive client-side coding because of dual data-binding servers at its best in Angular.

By providing above mentioned and various other features, Angular quickly became one of the primary choices for web developers. It is a fast-growing JavaScript framework that offers the resources for creating highly professional websites, many renowned websites are trusting Angular development companies to create professional, easy to use and intuitive internet sites. Moreover, Angular is the first among its competitors that are used by high traffic websites like Amazon, youtube for PS3, HBO, Netflix, Google Star Wars etc. Thus, it’s here to say, Angular is quickly changing expectations about sophisticated user experience, and because Google is backing Angular, there is only room for improvement.